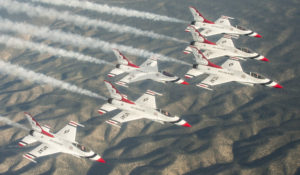 Many people step into a new job with the expectation they will be taught everything they need to know to execute their duties. If your profession is very technical then the educational foundation for your new job will likely be strong. Fighter pilots, architects, accountants, electricians, and auto mechanics all have developmental paths that offer a solid technical foundation. But it’s the nuances and refined skills that allow you to master your new role.

Many companies have orientation programs that cover the administrative details but leave technical development up to your boss. Some supervisors are really proactive and will help you gain technical traction. Some will be give you an occasional leg-up, but others will be completely disengaged. You don’t get to pick, so you should prepare for the worst case. Beyond study, there are two steps to mastering your technical role: 1) Find and capture the expert in your organization to shepherd your growth and 2) Learn to think one technical level of expertise beyond your own.

Every team has one person that is the critical cog for the operation. They’ve been around long enough to know how things mesh together, what’s important (and what’s not), and their presence is essential to the overall performance of the team. In the Pentagon, we called those folks “iron majors.”

The Iron Major in my first squadron was a man named Jerry “Chicken” Funderburk. Chicken’s technical gifts and charisma were extraordinary. He was the best pilot in our squadron, and he would bend over backwards to help anyone who showed the desire and the commitment to grow.

Some Iron Majors see newhires from a calloused set of eyes and they’ll test your mettle before they’ll help you. Tackle that challenge by engaging them well prepared, with a thick skin, and with the intent of wholly capturing them. Once you do, you’ll have an ally like few others. They’ll frame the key elements and help you master the technical faculties of your position. Consume every document they ask you to read, every growth-filled opportunity they offer or recommend, and learn to think the way they do.

Think One Level Above and Below Your Own

Most professions have tiers of development, qualifications, and associated levels of supervision. In the world of fighters, progression was incremental. The first rung was learning to fly and employ a fighter through a variety of system failures, weather, and combat scenarios as a wingman. The next level was flight lead. There you learned to maneuver and direct the combined efforts of three other aircraft in concert with your own. From there it was on to instructor pilot, mission commander and then, for a select few, Fighter Weapons School. While that wasn’t hard to figure out, the mentality leaders looked for to select folks for upgrade wasn’t.

Chicken gave me a thought for progression that has served me in every role I’ve had both in or out of the cockpit since. “Learn to think and act in support of the rung above you and the one below. When you have the mental agility to take the weight of effort off the leader in front of you, while effectively leading those behind you, you’ll be ready to upgrade to the next level.”

Your iron major may not be a very gifted communicator. She may be the seasoned nurse beside you in the operating room, or the gruff, seemingly unapproachable ogre in editorial services, but they are absolute jewels. Capture them as you strive to learn the responsibilities of, and support the individuals in front of and behind you and you’ll be on the step for success.

Eric Jacobson on Management and Leadership

The Globe and the Mail

Noise surrounding operations can get intense & at times ominous warnings can be lost or explained away as we make things happen.” – JV Venable